A few more projects to share - slowly catching up.

Once again, it has been too long in between blog posts. I have returned to full-time work - but it is a little less crazy than at the start of the year so I think I am keeping my sanity. Sewing helps with this, but I am not the type of person to sew when I am busy.

This dress is my latest version of the Skater style dress (but using a pattern that I had in the stash). The pattern is Kwik Sew 3472. I ended up tracing a new pattern after sewing my last dress because the last dress was basically hacked there were many adjustments I needed to make. I traced a smaller sized bodice, reduced the length of the bodice and lower hem by 5cm each and my my regular sloping shoulders adjustment.

The fabric is a crinkle knit that I bought at a designer fabric sale last year. The neckline looks crooked because the crinkle unfolds after you cut it and the hem in raw because I needed to cut it straight. When I took pictures, the hemline is not so bad after all, the neckline I can live with. I had to make a knit slip to wear under this as it is a little on the sheer side. I used the pattern pieces as a guide and kind of winged it and it worked out. The edges are finished with picot elastic. 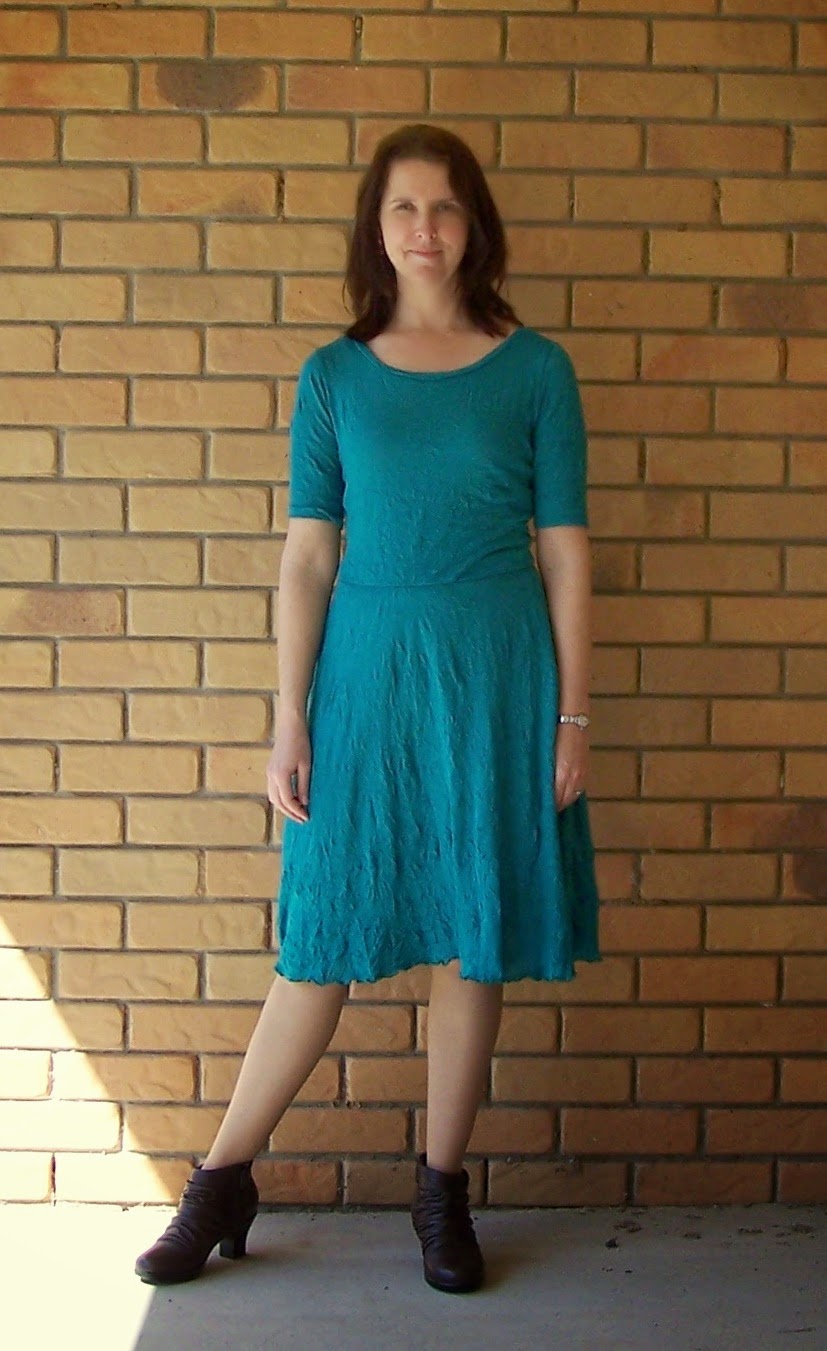 Next up are black wool pants. A bought this great herringbone weave black wool at my local Bargain Box store for a song. The pattern is from a Burda Easy Fashion magazine. I made adjustments years ago before having a pants block done and made some in a navy/black wool. They are always so comfortable and hang nice so I thought I would make it up again, even though I have the same pattern traced up and adjusted with the pants block. Somehow my adjustments work better. 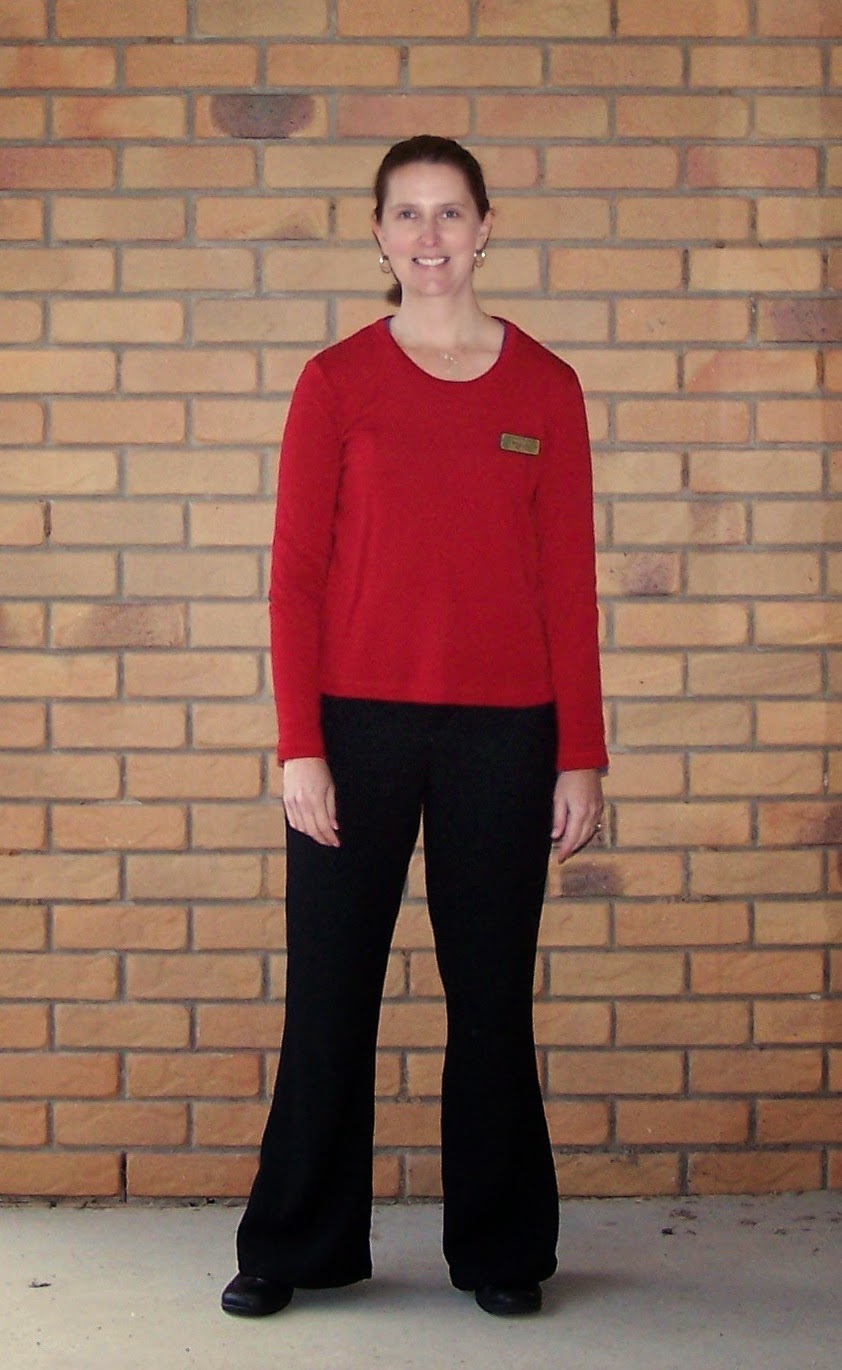 I know skinny pants are the thing, but I just love the cut of bootleg pants.

Just chucking this picture in here, because I use this blog and refer to previous makes when I am sewing new things. I bought this sweater knit fabric at the designer fabric sale last year and it is lovely. However, it is very much like a hand knit and just horrible to cut up and sew. I had to overlock all the edges before I sewed them together. There was distortion and the whole thing just annoyed me. On top of it, the neckline became super stretchy and the cuffs where lumpy.

I made this months ago and the other week I decided to give it a shot and wear it to work. It is actually quite snuggly and the neckline eventually stretches out at the back as well as the front so it doesn't look as bad as when you first put it on. There is no way I am refashioning it due to its unstableness, but I will be worn at least around the house. The patterns is Kwik Sew 2874 version A with version C neckline.

Lastly we have the outfit I entered in the local show in May. There was a casual wear category this year, right up my ally, so I made a tee and some jeans.

The t-shirt is Burda's gathered sleeve raglan from issue 2/13 (# 127), which I have made before. The jeans are Jalie of course, I think this is my fifth version of the pattern. Like last year's pair, I straightened the leg seam. 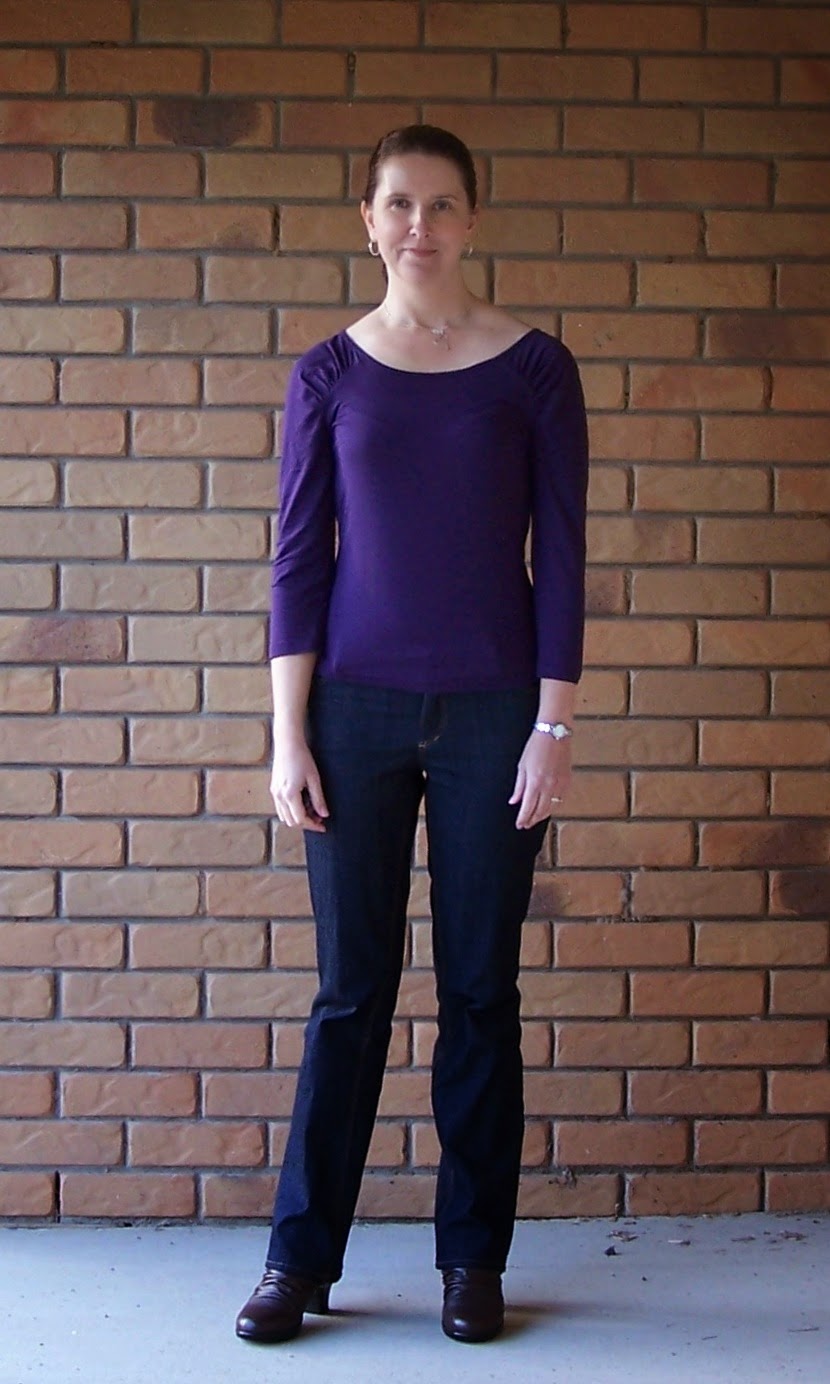 I really like the cut of the Burda shirt. I did have another top that I planned to enter in with the jeans which had seam details the went with the semi-circle topstitching, but it did not sit well on my body.

I spent ages topstiching with my old Princess machine, which inspired my Mother's Day gift of a Singer 99 with hand crank. 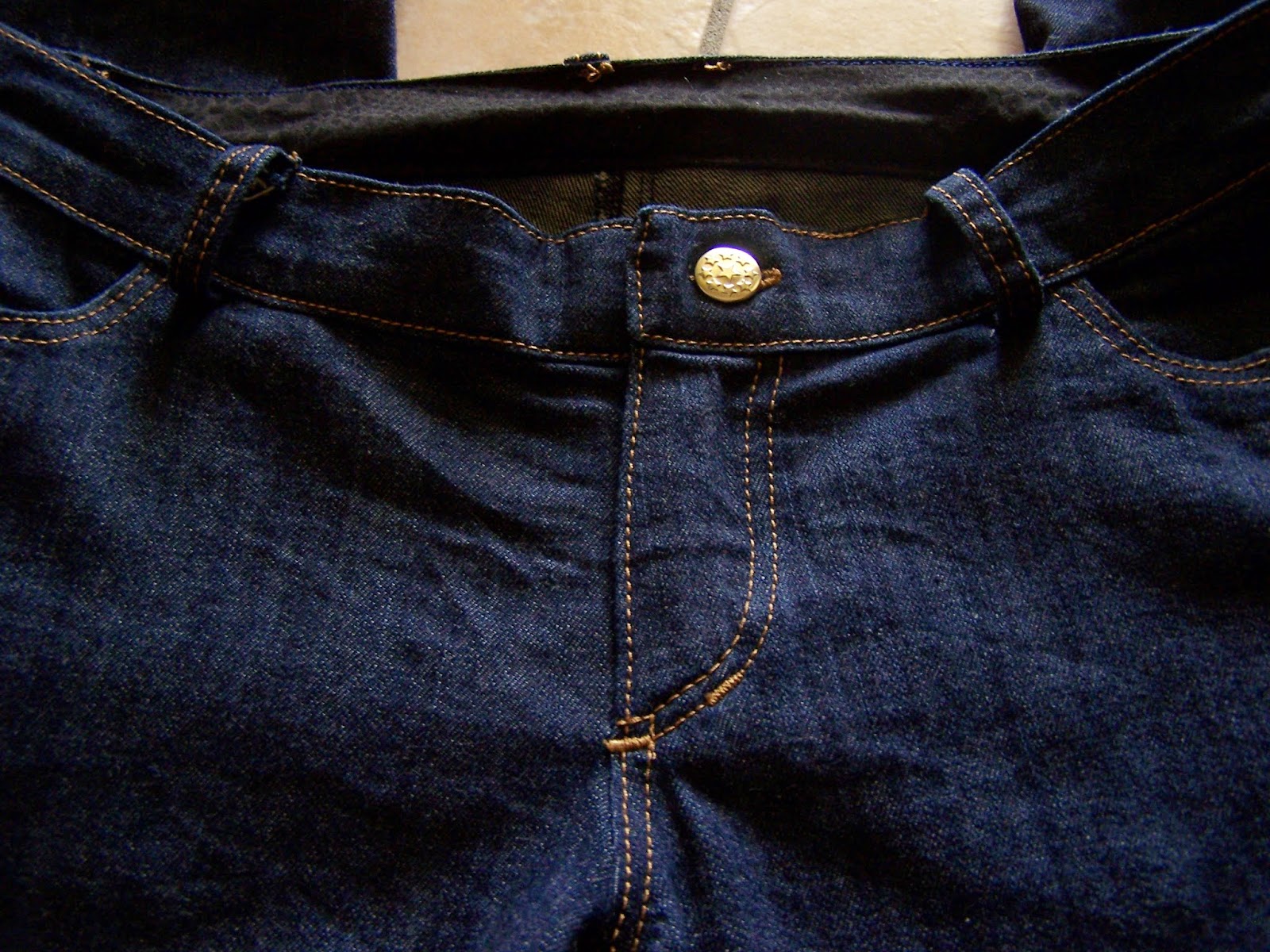 I still have a pair of pants, a dress and three tops to photograph at least. No doubt they will make it onto the blog at some stage in the future. Thanks for reading.
Posted by Marie at 5:05 pm

Thanks - I love receiving comments.

Marie
I love sewing clothes and other things for myself and my family. I am a special education teacher working in a smallish country school.